I’ve been making some version of these herbed “bar snack” nuts for about fifteen years now, and it’s only in the last few that I’ve noticed a quirk—a quirk not in the recipe, but rather a quirk in me. It seems I pick out all the almonds first. What’s up with that? I love almonds. But, apparently, I really love walnuts and pecans.

So this year’s batch is just a two-nut blend (plus, I’d used up all my almonds making a double batch of spritz, and it was too cold to go back out to the store one more time).

This versatile, giftable snack is perfectly scalable (I’ll often make a wee batch to top salads for the week), so use what you love and use what you’ve got. 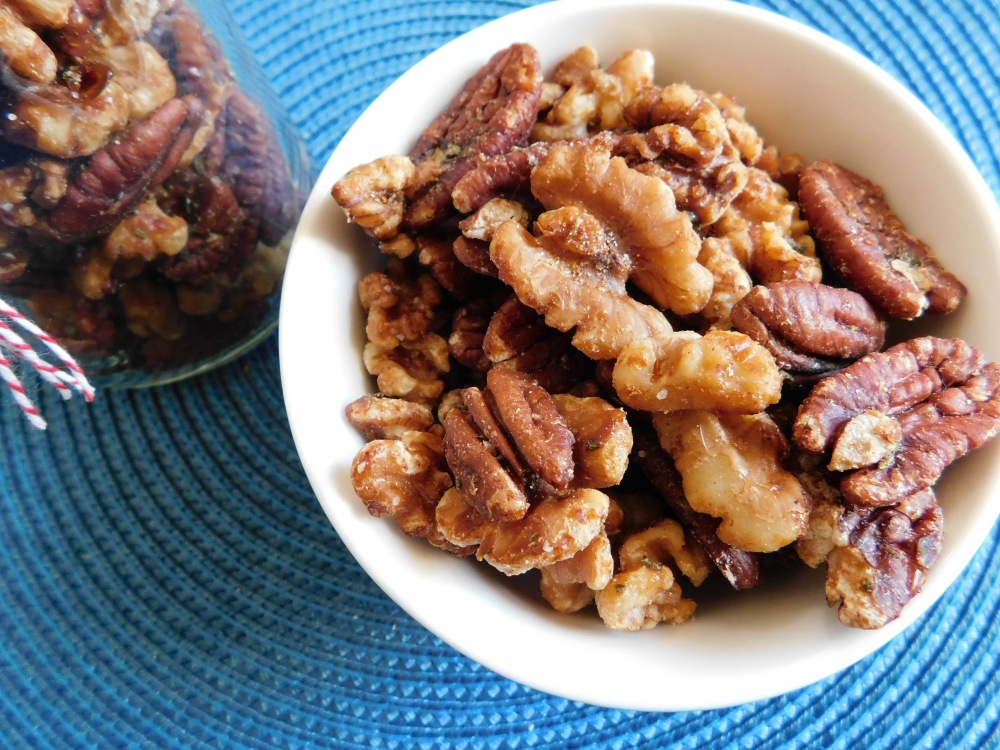 makes 6 cups; keeps about two weeks in an airtight container

In a large bowl, combine all ingredients except the salt and pepper; toss well.

Spread evenly on a rimmed baking sheet and toast for fifteen minutes or until browned, stirring every five minutes. Season with salt and pepper, and toss frequently until cooled.